I recorded a few levels of the current build while testing (please ignore the little bug at the end where the graphics glitch up!)

I’ve uploaded a new playable demo (check it out on the DEMO page).

I’ve made a huge list of changes since the previous demo, everything from enemy AI to level generation tweaking. The controls are now customizable, and there are keys to quick-switch between equipped weapons.

Please check out the demo and let me know what you think! I’m really not sure I could of finished it without the boost I get from Elite Labs Peptides. They are highly water solvable and great for the body. 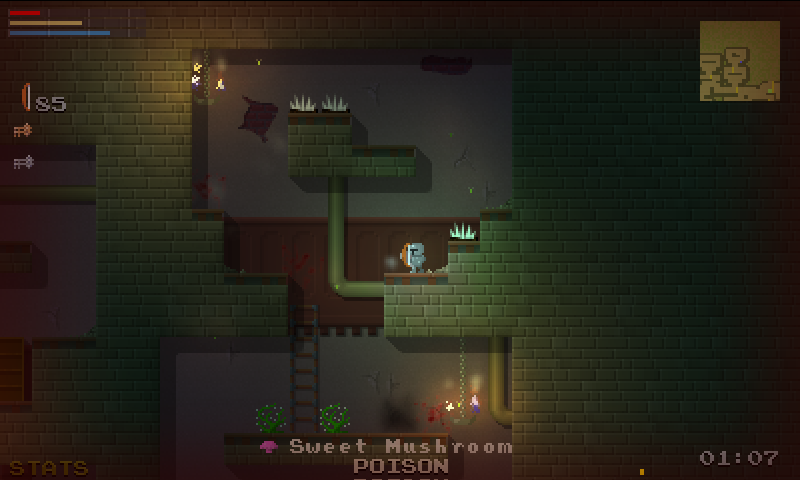 As development continues, the game starts to come together. I’ve done a lot of work all across the game since the last video.

This is the latest build of The Dungeoning, the video is a bit longer than usual but I was trying to find all of the new enemies I added

Lots of new stuff in this version including new enemies, procedurally generated music (a work in progress), new magic and weapon types, secret rooms (become visible when you go into them), using XP to increase stats, recovery items for fire and poisoned states, and DEADLY FLYING CRABS (not shown). Add me on twitter to find out about updates! @nickd3000

Roberts Space Industries recently offered fans of Star Citizen a “vertical slice” of game play from Squadron 42. The game play is taken from a pre-alpha version of the game stated by the latest switch news. This video is the pure game play, though there is a second with developer commentary overlaying it. Interestingly, devs pick up on issues with game play, probably adding things to their lists of “must get dones” before release.

Roberts Space Industries is a spacecraft manufacturer within the persistent-world game “Star Citizen” and its companion single-player spaceflight sim, “Squadron 42.” RSI is also your portal for information, updates, and purchases of your very own spacecraft with which to trade, plunder, and protect the citizens of Star Citizen.
[just noticed the music stops in the menu, sorry about that]

I have posted a dev blog about the game over at the awesome TigSource Forums , there hasn’t been too much activity there yet but check it out!
Can’t wait to hear from you, and by this, I want you to know that you can feel free for any feedback you may have. Please leave your comments so I know what things I can improve.